Shopping Site
Home›Shopping Site›Utah man, 46, is arrested for stealing an excavator and tearing up the parking lot of a nearby grocery store

Utah man, 46, is arrested for stealing an excavator and tearing up the parking lot of a nearby grocery store

Stop digging! Utah man, 46, is arrested ‘after stealing an excavator from a construction site, then tearing up a supermarket parking lot ripping up water pipes and fiber optic cables’

By Alastair Talbot for Dailymail.Com

A Utah man was arrested on Saturday for stealing an excavator from a construction site before driving it to a nearby supermarket and tearing up its parking lot, ripping through water pipes and fiber optic cables.

Omar Ortega, 46, was jailed at the Salt Lake County Metropolitan Jail for robbery and criminal mischief after the incident happened around noon.

His motive for stealing the machinery and going to a Smith’s grocery store at 828 South 900 West remains unclear.

Footage shared by Salt Lake Police shows a massive, muddy trench dug in the parking lot of the grocery store.

The damaged Ortega is so far estimated at $40,000 – and costs could soar higher.

Officers said Ortega dug so deep that he leaked a water main and tore up several relatively new fiber optic utility lines. Utilities inspected the damage while checking for a gas leak, which was later ruled out.

Omar Ortega, 46, stole an excavator that was left running during the day on Saturday and drove it a mile to a grocery store parking lot before starting to “randomly dig the ground”. 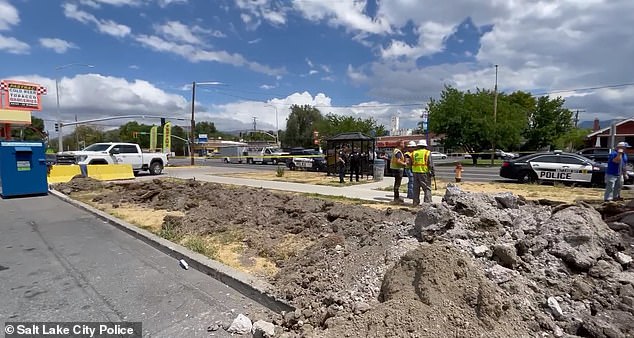 The suspect jumped inside the excavator and used it freely as it was left running by a construction site at 900 South 300 West – a mile from the supermarket – according to police.

Builders followed Ortega to the grocery store and watched the destruction of his parking lot, where the suspect was “randomly digging in the ground” before calling 911.

Witnesses then prevented the suspect from fleeing until the arrival of the police.

It remains unclear if any calls to the police were made when the machine was initially stolen. A statement released by police suggested the incident went unreported until Ortega began digging in the parking lot of the grocery store.

No injuries or deaths were reported. 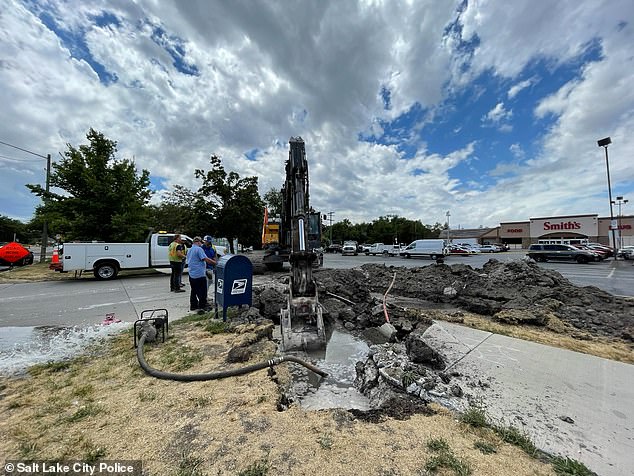 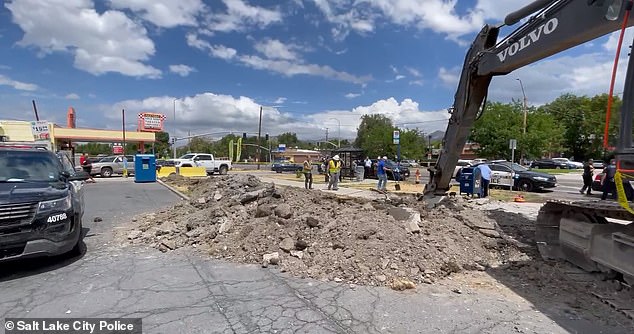 Ortega’s bail was set at $1,000. It is not known if the suspect is still in jail on Sunday.

He is from Mexico and has been arrested by police on several occasions, including for assault in 2021.

Ortega has previously been charged with driving a vehicle without insurance, failing to register or expiring the vehicle’s registration and failing to obey traffic control devices from 2019 to present .