By Danyal Hussain for Mailonline

A police force has come under fire after spending £42,000 on three garden-style ‘relaxation pods’ so officers could receive ‘inspirational’ training talks.

Costing £14,000 each, the ‘relaxation pods’ will be used by officers taking courses at a new training centre.

Costing £14,000 each, the ‘relaxation pods’ will be used by officers taking courses at a new training center

The pods were slammed on social media with a message, posted on a Facebook site for retired officers, stating: ‘It appears South Wales Police have purchased a number of these ‘relaxation pods’ ” for headquarters staff. They cost £14,000 each.

‘I wonder whose brilliant idea it was, and yet the front line is complaining about a lack of equipment.

“There are three and Mr. Alun Michael insisted that they be purchased.”

In response, Mr Michael fired back and said he was not aware of any criticism of the pods.

He also insisted that the pods were a “relatively cheap” option.

He told WalesOnline: ‘It doesn’t surprise me. There are always people complaining about something new. And they offer good value for money.

“The reunion modules are part of the development of a police learning center at police headquarters, representing a major investment in training new and existing police and staff.

“Compared to providing dedicated meeting space in the main building at a cost of £4,135 per square metre, the pods at a cost of £14,000 offer a relatively cheap and simple option which allows for the development and maintenance of a small group project work. 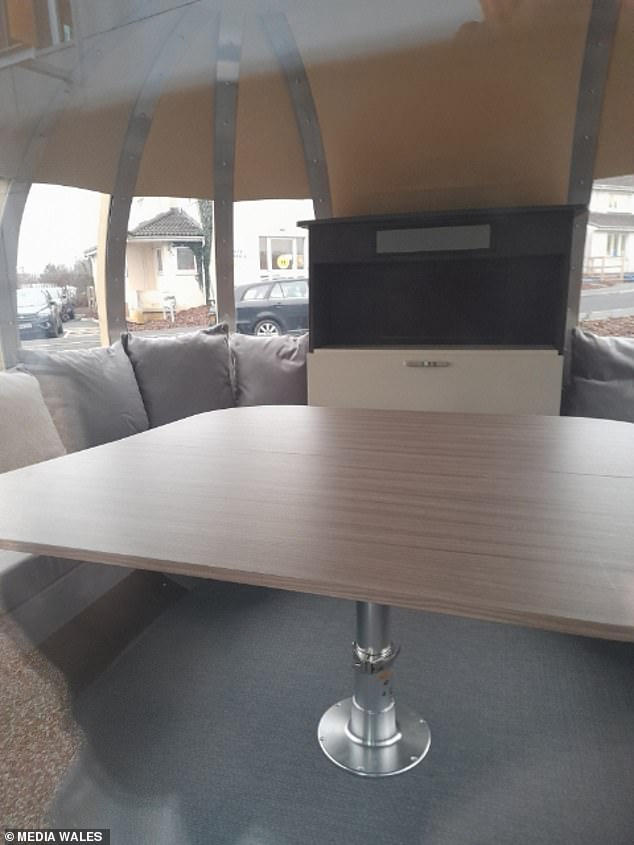 “ The modules will provide the necessary workspaces away from the main areas of learning, enabling individual and collective learning which is essential to deliver the university-level training to produce a well-trained, flexible and responsive of officers and staff capable of creatively addressing the issues that matter to the public we all serve.

“Training has been modernized beyond recognition from years of being 30 people sitting in a classroom listening to a speaker. Research shows that providing separate learning areas improves academic performance, so these new facilities will enable us to provide that high quality training that the public expects us to provide to our future police officers.

Mr Michael added: ‘Of course there are meeting rooms at headquarters which could be used, but the modules provide a much more suitable learning environment than what we would get using the existing facilities or building a new conventional building at a much higher cost. .’